Illustration vs photography for elearning

Adding graphic elements to your elearning helps usability, understanding and knowledge retention, but which visual approach should you take?

Choosing a visual style for your elearning often comes down to illustrations versus photography.

We’re going to look beyond the common conceptions of the two options and find out the real reasons for using either.

This cave painting is thought to have been used to show young hunters where to aim their spears when hunting mammoths. It was found in the Cueva del Pindal cave in Spain and could date from around 40,000 years ago. 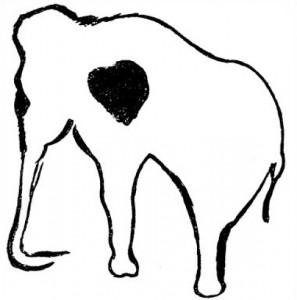 The dark area above the shoulder is thought to represent the heart, where a spear strike would be most likely to be fatal.

Images can offer a direct route to the learning outcome.  Palaeolithic humans clearly understood how to use illustration to present information effectively.

Most stock image libraries include photos and illustrations. Any stock images need to be chosen carefully for consistency and relevance to your content.

Using stock images is one of the most cost-effective ways to add interest to your elearning. Unfortunately, finding exactly the right image from a stock library can be difficult and time-consuming.

“In order for a photograph to have impact, it must directly represent one or more key elements of your content.”

The same can be said for illustration. If you’re not getting your photography, or your illustration created for your course, then you’re missing out on the impact it can offer.

A photographer must work with real world people, objects and environments. Different images can be composited in software like Photoshop, but each element needs to be captured in a very controlled way for it to be realistic.

Even capturing a work environment involves a lot of planning and preparation in order to get the right images.

An illustrator can work on his own to produce sketches of an image and go through iterations before committing to creating the final image. This process makes it easier for a learning designer to make sure they are getting exactly what they need to make the most impact.

When training on product knowledge, a photograph or video of the actual object is usually the best way for a learner to experience it if they can’t actually see it themselves.

An alternative medium is a photorealistic illustration or model. Advances in technology, most recently with Virtual and augmented reality, mean that using realistic 3D models is becoming a more viable option for product training.

Lexus used models in the training for a new car when dealerships needed to get their sales people up to speed before the vehicle was on site. 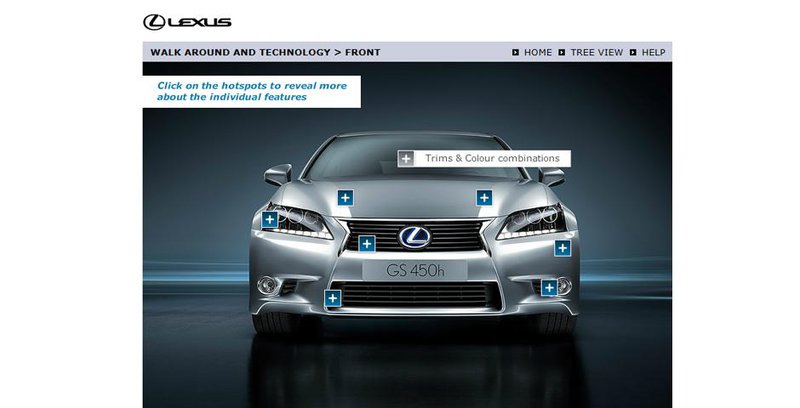 The ability to view the car from all angles, even those not possible in real life, was invaluable in giving the sales people the confidence to answer customers’ questions.

Illustrations for ideas, photographs for specifics 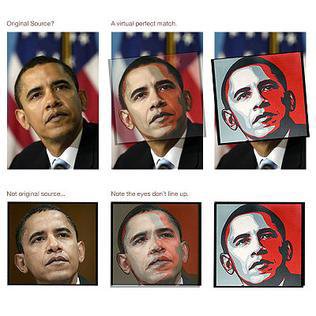 If you were exposed to any form of media during the 2008 presidential race, you will be aware of Shepard Fairey’s Hope poster that became an icon for Barack Obama’s election campaign.

Did you know that Associated Press photographer, Mannie Garcia took the original photograph  in 2006? It was shot at a National Press Club discussion about the crisis in Darfur, and the original picture also featured George Clooney.

If you wanted to show one image that represented the event, you would have picked the original composition.  This is what many news outlets did on the day.

But, if you wanted an image that captures a mood or feeling, you are more likely to choose the illustration. The Democratic Party took the poster and ran with it, turning it into an unofficial icon for the campaign.

Illustration is subjective; your learner has to think about the image. Designer, Ed Appleby makes this point in his blog:

“Even at a subconscious level, it requires the viewer to become an active participant, interpreting what they see.”

Your learners will need to think about an illustration more than they would with a photograph.

Photographs that feature real places and people are instantly recognisable by your learners.  If you want a learner to recognise a specific colleague, then using a photo of them will be most effective.

Custom photography is likely to cost more of your budget than custom illustration, but both are more expensive than stock images.

Being able to reproduce the same style content for many different modules is key for many elearning projects. Repeating the same style of photograph on multiple different occasions is more of a challenge than editing and updating an illustration.

If you are planning a learning campaign that includes posters or printed leaflets, illustration can make it easier.  Small tweaks to the illustration are much easier than editing a photograph.

Mixing illustrations and photography within a course is possible, but the inconsistency can cause problems for learners.

If you’re launching an elearning course to a global audience, you will be able to localise the content much more easily if it’s based on illustrations rather than photographs.

Capturing different locations around the world in a photograph soon gets expensive, whereas an illustrator can work with generic images to create something relevant to the learning.

Ryan Martin has a really interesting blog post which reveals his process for transforming an elearning course from video to illustration. He also published a detailed interview with illustrator, Nate Lovett which highlights some of the advantages of this approach.

There are no definite answers to the question, “Which medium is better for my elearning?” Through testing and iterating different designs, you can reach a stage where the majority of your learners benefit the most from the images used in your course.

The debate will continue as emerging mediums becoming viable for digital training, and there will be new ways of presenting information to your learners.

Should you use animation or live action video for your interactive video? Will a room-scale virtual reality experience be better than a photo-realistic augmented reality version?

Whatever your options are, you should look to your learners to find the best approach for engaging, effective digital training.