How elearning games can help better decision making in the…

Decision making is a highly desirable skill in the workplace and organisations want staff with the ability to make good decisions.

Games have a special role to play in helping people develop their capabilities in this critical area, and games can act as a powerful tool for teaching better decision making in the workplace.

The ability to make good decisions is one of the top skills businesses say they look for in an employee. It’s obviously an important attribute for leadership roles, but in fact, decision making happens at every level of an organisation, whether it’s a call handler deciding what to say next to an angry customer, or a fork-lift truck driver deciding what to do about a fallen shelf in a warehouse.

For many businesses, training for better decision making means offering a face-to-face session, which of course, is a valid option, but cost and time factors often mean this training is focused on the roles traditionally associated with decision making such as managers and supervisors.

Elearning games offer a more flexible solution and they can be rolled out to large numbers of employees across a range of roles and levels – it’s a way to democratise decision making training in your organisation.

Games are highly interactive. In a game, you are a player - you cannot passively observe, you must get involved. Research has shown that video games can help boost decision making skills and the same is true of elearning games. We’ve found that they help teach better decision making in a number of key ways:

Elearning games allow learners to make a wrong decision and start again. This frees up learners to explore the impact of a bad decision or combination of decisions. The game space is a safe environment so failure becomes an important learning mechanism rather than a stigma.

Allied to the freedom to fail is the idea of ‘replayability’. If someone makes a ‘bad’ decision, or runs out of time to make the best possible choice, then the structure of a game allows them to try, and try again. This ability to practice is important in honing decision making skills.

Elearning games are most effective when they include real-life risks and consequences which are recognisable to learners in their working lives. This helps to improve decision making because it makes the explicit link between a decision and its consequences.

Team games can help people learn how to make decisions together, or by seeking out help or advice for others to inform their decisions. Challenge games allow people to compare their decision making abilities with others and how well they perform under pressure or against the clock.

The structure of a game is usually built around immediate feedback whether that’s a word, sound or visual reaction. So, a player makes a choice and there is immediate feedback on that decision. This can guide and reassure learners in their decision making, as well as help them compare how well they are doing against others on a leaderboard, for example.

Trade-offs are part of working life and crucial in effective decision making; choosing what action to take now and what to do later. Games are particularly helpful in teaching the art of balancing one choice versus another because they allow learners to see the impact of their decisions straight away.

For more on how games help teach decision making take a look at Professor Karl Kapp’s blog which has lots more on the topic.

So, games are uniquely placed to help train workers in better decision making, but it is also worth considering which type of games work best depending on the learning objective and topic area. We’ve split it down into two main categories: 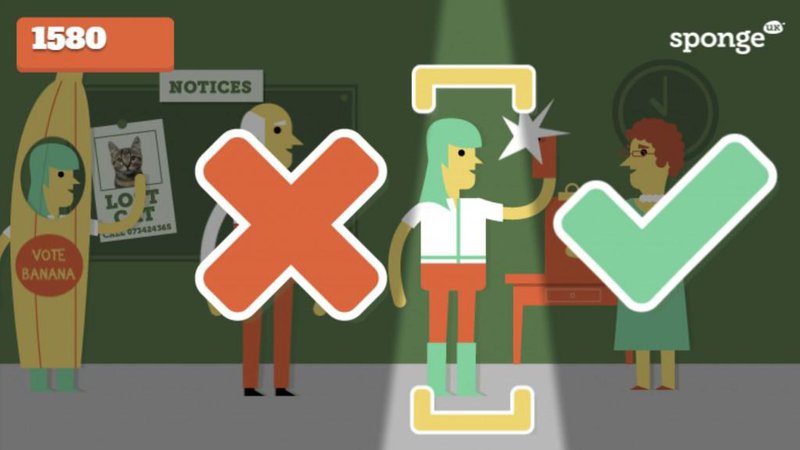 These are games where players learn through experience, by getting it wrong and trying again. There are immediate consequences and immediate feedback tells people how they are doing. Intuitive games are most often associated with closed decisions, where there is an absolute right or wrong answer. We find intuitive games work well in areas such as compliance or health and safety training. 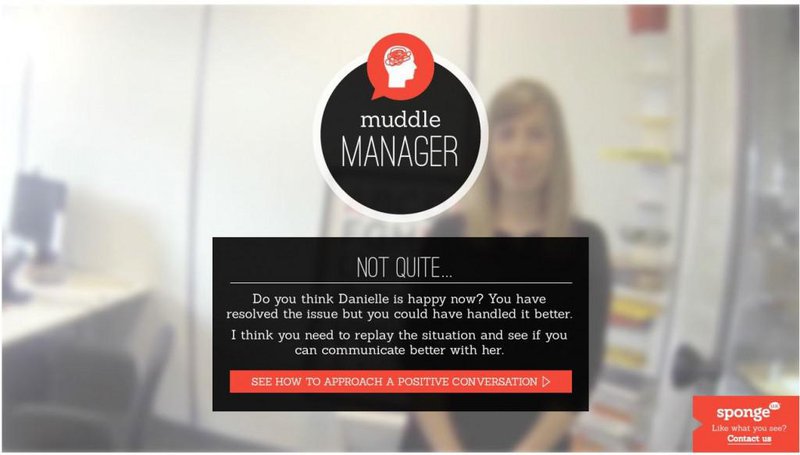 The emphasis in informed games is exploration and information gathering. Players have to weigh up the risks involved and decide on what is most important. The game play might include being able to ask a friend or expert. Informed games work best for open decisions, where there are multiple possibilities which lead to the best possible decision in the circumstances. In our experience, informed games work best in areas such as leadership training, team development or customer care.

We’re working with organisations across a wide range of sectors, including retail, pharmaceuticals, healthcare and manufacturing, to create elearning games that help improve decision making.

We believe games are hardwired to help people develop their decision making skills, and this gives them a special status in workplace training.