What can we expect Augmented Reality to do in workplace training?

It’s still early on in the story of augmented reality, but already it’s starting to make an impact in some aspects of the workplace.

As the technology matures, its role as a potential training tool is becoming just a little clearer, and the possibilities are exciting.

Augmented reality (AR) brings together the real and the digital world, allowing computer-generated images, information and data to be superimposed over what you can see around you. The earliest form of technology dates back more than 50 years, but the term augmented reality is believed to have been coined in 1990 by Professor Tom Caudell, then a researcher with Boeing.

The initial excitement over AR was very much centred on its personal use with consumer devices such as Google Glass getting a lot of early attention, although not quite breaking through as first predicted. The games industry continues to push the capabilities of AR, and Microsoft HoloLens recently demonstrated its potential with the popular game, Minecraft. The latest demo shows a virtual Minecraft landscape appearing on a table in front of a player wearing an AR headset. He’s able to explore the world and manipulate the game play with gestures in the physical world – it’s worth a watch on YouTube.

In recent years, the role AR can play in business and industry has come to the fore. After all, a technology that merges the physical space with the digital space was always going to have lots of real world potential. A growing number of organisations are now experimenting with augmented reality in a variety of ways, and every new project reveals more about AR in the workplace.

As a learning organisation, we’re interested in what it will mean for training, and the way it might help employees to learn in future?  We've picked out some examples of AR applications in the workplace which are not only fascinating but also help to shed some light on the role AR might one day play in learning and development. 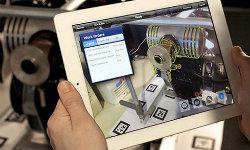 Defence company, Lockheed Martin is collaborating with software firm, NGRAIN in an AR project using Epson Moverio BT-200 smart glasses to speed up maintenance procedures for F-22 and F-35 fighter jets. When an engineer looks at the aircraft using the smart glasses, they see digitally displayed plans projected over the physical plane. They can then use a tablet to enter any damage or defects. 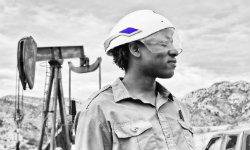 Augmented reality specialist, Daqri has developed a hi-tech version of a construction-style hard hat called Smart Helmet. The helmet has two retractable eye displays and four cameras. Daqri says it’s been designed with the industrial workplace in mind with a battery life that can last an entire shift. One of the potential benefits could be as an early warning device to spot safety hazards. Using the helmet, a worker could read the value of a gauge, and automatically log it against a critical system, just by looking at it. 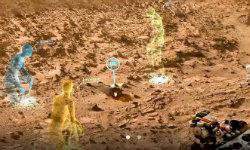 NASA’s Jet Propulsion Laboratory and Microsoft HoloLens have developed software that will allow Earth-based scientists to work on an augmented reality version of the Mars landscape. The system uses a holographic overlay of visual information about the planet with a view of the physical world. The mission team can ‘meet’ in this landscape, ‘walk around’ and explore the planet’s surface from different angles. NASA says it provides a more natural, human way for scientists and engineers to interact with the data about Mars.

As augmented reality technology gains momentum and matures it will inevitably change the way we work.  We've picked out a few potential training trends that could emerge as AR is adopted more widely:

Training at the point of need

Imagine you have to perform a physical task at work but you have never done it before - installing a new monitor, for instance. Using an augmented reality device (glasses, helmet or even a smartphone), you can see exactly where to plug in the monitor because a little digital arrow appears in your view, pointing to the correct portal. AR has the capability to provide on the job training without the need for employees to consult a manual or even look away from the task.

Creating a safe environment where people can practice their skills without the fear of doing any harm, has long been recognised as a valuable way to teach and learn. AR takes this concept to a whole new level by creating practice environments in the real world.  It’s already being used in this way to help teach surgeons and other medical professionals, and as the technology becomes more accessible it’s likely to be used in other sectors where there is a requirement for safe practice.

AR is also about sharing an experience, allowing people to see what you can see at the same time, and interact in the same space. It’s this collaborative quality that could have the most potential when it comes to learning, according to John Hagel and John Seely Brown of Deloitte’s Centre for the Edge. They think AR will gain value as society recognises its ability to help people learn faster by working together. Writing in the Huffington Post, the experts said: “In the same way that AR enables us to use data more deeply, it has the potential to help us communicate more deeply and meaningfully with each other.”

AR is still on the periphery of mainstream learning and development but things are changing fast. Research company, Gartner has been evaluating the maturity and business benefit of more than 2,000 technologies over several years and produced a Hype Cycle for Emerging Technologies (see below for the 2014 version). 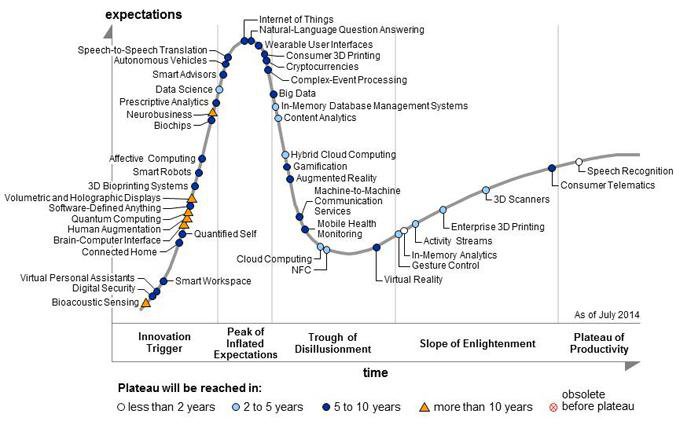 AR should now be moving into the wonderfully titled ‘Slope of Enlightenment’ which means we should start to see a wider understanding of its benefits to business. The latest revenue forecast also reflects this change, with the augmented reality and virtual reality market expected to reach $150 billion by 2020.

With such hefty investment, AR may just creep up on us, so thinking about its potential and implications now seems like a really sensible step.