High quality augmented reality (AR) is coming to millions of phones in the next month. There are opportunities for learning, but will it live up to the hype?

ARKit is Apple's platform for AR on their mobile devices and ARCore is the equivalent for Google’s Android system. They’re both going to be released to the latest generation of hardware in the next few weeks, meaning that soon it’s going to be much easier to create applications that add a digital layer to the real world through your phone’s camera.

It’s still relatively early in the mass adoption of this technology, so the language used to describe it is still being figured out. Here’s our glossary to help you get up to speed with the terminology that you’re likely to see when you read up on the subject: 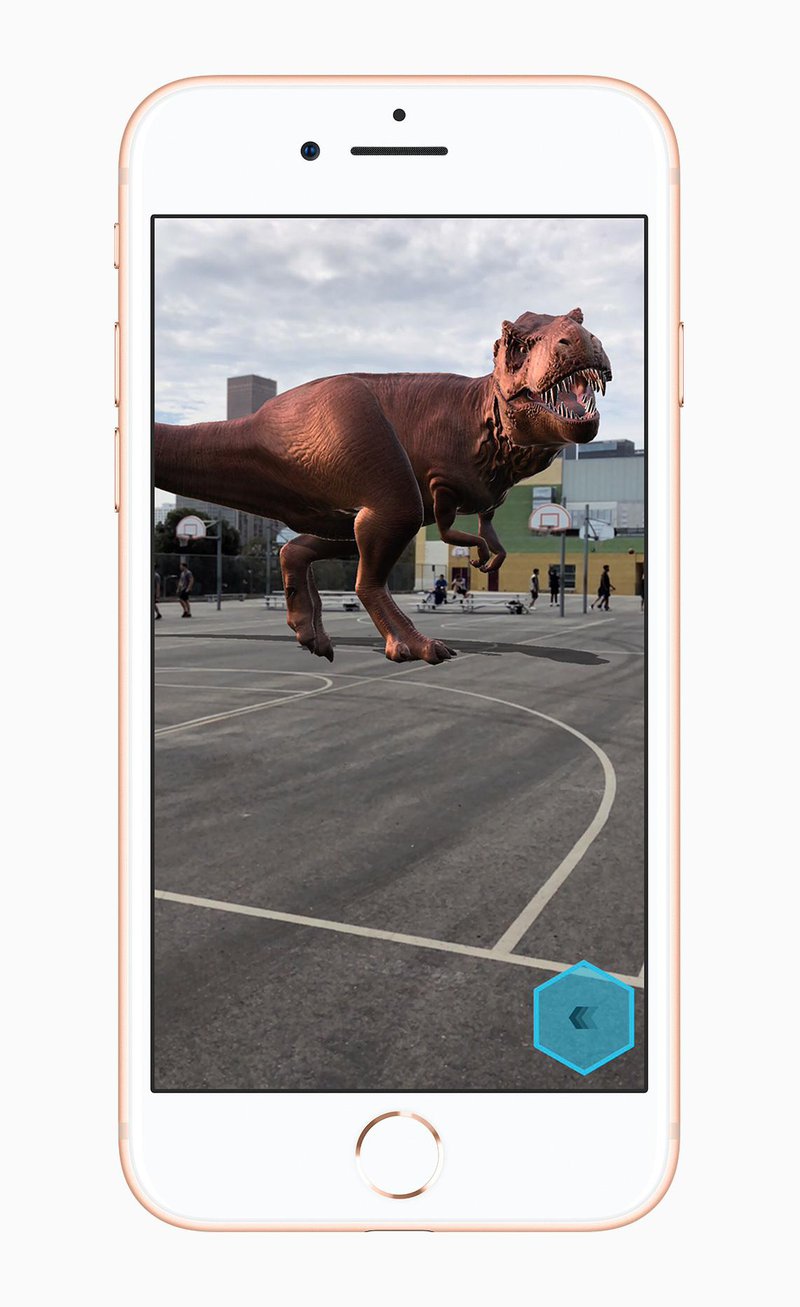 AR - Augmented Reality lets you interact with the real world and digital objects at the same time. Currently, it’s mostly used with a mobile device as a “magic window” into a world which has digital elements overlaid on the real world.

MR - Mixed Reality, popularised by Microsoft. Some people use MR and AR interchangeably, but MR is usually taken to mean a more immersive, headset or glasses based experience which includes a mix of the real world and a digital overlay. It can also refer to an experience which doesn’t have an association with a specific location, as opposed to AR, which usually does.

VR - Virtual Reality refers to an immersive environment which can be created by capturing the real world or built in 3D software. It requires a headset which blocks out the real world.

XR - Extended Reality is an umbrella term which includes all types of combined virtual and real world experiences. It hasn’t caught on yet, but momentum is building with the Khronos group working with many of the big tech companies to build a standard called OpenXR.

SLAM - Simultaneous Localisation and Mapping, a technique used in XR hardware to map the world around you and allow you to avoid it (in VR) or place objects on or around it (AR/MR). It usually requires multiple cameras; the Microsoft Holo Lens has 3 cameras and a depth sensor to allow it to use SLAM.

SDK - Software Development Kit is a tool that helps developers build experiences on a platform.

Even in this early stage there are ways AR can be used to create engaging and useful learning experiences.

Google showed off a simple example of making an espresso, something they’d already showcased on their phone-based Daydream VR platform. The demo shows a learner using their phone to get contextual instructional videos when looking at the coffee machine.

This just-in-time, workflow learning is useful in situations that require a repeatable process to be performed accurately by many different people. It can also be used in an onboarding setting to familiarise new employees with processes, or remind them of key steps, until they are up to speed and performing them automatically.

One of the demos Apple used at their announcement event allows baseball fans to see live stats overlaid on a game that they’re visiting in real time. Think of the workplace tasks that would benefit from real time data on people, areas or objects.

In an AR-enabled retail store you can imagine a live inventory system that showed stock levels of products on the shelf alongside the processes used to reorder, refreshing the training only on the areas that are required at that moment.

Using your phone to identify hazards or safety procedures in real time is another powerful use case for AR that can help keep employees safe.

Construction sites are an obvious place to start, with many people and machines working in potentially dangerous situations. Safety Compass alerts workers to the dangers on a work site in real time: this type of AR could be used in any workplace to bring continuous learning to your health and safety compliance training.

Elements 4D uses real-life wooden blocks which represent elements of the periodic table. When you put the blocks together in front of your iPhone or iPad they show you how those two elements would react. Giving real life objects digital characteristics is a new way to explain concepts that could be usefully applied to workplace learning.

If you get buy-in at this early stage for AR learning, you’re going to be ahead of the crowd when it becomes one of the standard ways we interact with our phones and computers.

With the massive availability of AR tools a whole new pool of developers and companies will be investing in the technology. The design challenges and applications of mobile AR are still being worked out, so now’s the time to step in and make a mark on this new technology.

Come up with your own ideas, use the tools and partner with a forward-thinking learning company to bring an AR element to your next learning solution.

What can L&D do now?

The current consensus is that AR is going to play a big role in the future of human computer interaction, but that it’s not ready for mass adoption yet. The latest announcements from Apple and Google mean they’re serious about building a platform for the future by getting developers on board.

It’s time to start exploring what AR can do and how it might be harnessed for learning in the near future.

Our Innovations team will be doing just that.