Why e-Learning Shouldn't Be Easy

There are some of companies out there who claim to specialise in what I like to call ‘Hocus Pocus Learning’. This is training that will, apparently, effortlessly transform your employees into high performing, skilled and talented people, but which ultimately lacks substance (as in “That course was a bit Hocus Pocus don’t you think? I can’t remember anything apart from that video of the waving bear!”).

Usually, the claim is that they have a unique approach or tool that, much like a magical potion or spell, turns learning into a fun-filled extravaganza during which the learner has no idea that they’re actually participating in an educational activity. Sadly, these claims can be categorised in much the same way as magical potions and spells: fictional.

As much as I would love to chase the makers of these blasphemous claims from the e-learning village with a sarcastic tweet and a witty hashtag, (which would be "Quality training that’s easy? Sounds like #hocuspocuslearning to me #spectatorsdontlearn”), their claims teeter on the edge of, but don’t quite cross, the line of pedagogical heresy. The truth is that they aren’t completely wrong; quality learning should be fun, interesting and should improve performance (as we've mentioned in previous articles). However, quality learning should also be challenging.

Courses shouldn’t be composed of relevant facts interspersed with unrelated-yet-fun videos of baby otters or memes of sloths (not that I have anything against baby otters or sloth-memes). If an employee gets to the end of a course and has found it effortlessly easy, then they probably didn’t learn very much. Fortunately, lightning can help us with this. 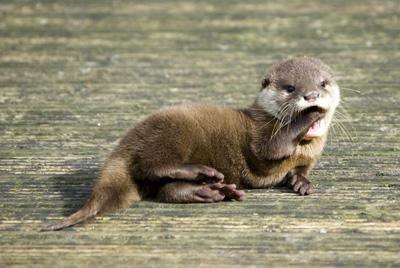 Nobody can resist a photo of a baby otter...

No. I don't mean Lightning McQueen from the Cars film franchise (although I think I’ll try and work him into a future article). I mean the scary-storm-with-booming-thunder-that-makes-pets-and-children-cry type of lightning. More specifically, I’m referring to a lesson about lightning.

It is broadly accepted – and for good reason – that relevant graphics integrated into e-learning can make training more effective. A natural extension of this is that, if static graphics are good, then animated graphics must be even better as they can demonstrate changes and movement in greater detail. They’re thought of as a – somewhat costly and time-consuming - upgrade that can make training more effective. Interestingly enough, this is not always the case, and it’s all because learning should require effort.

In one study, researchers gave two groups of learners a series of four lessons on a variety of topics, (lightning, ocean waves, hydraulic brakes and toilet tanks – OK, I may have exaggerated the importance of lightning a bit). Group 1 were given a series of images with text, whereas Group 2 were presented with narrated animations. After the lessons the learners were assessed on their learning with two tests. It was found that, on average, those from Group 1 performed better than those from Group 2 in the two tests. 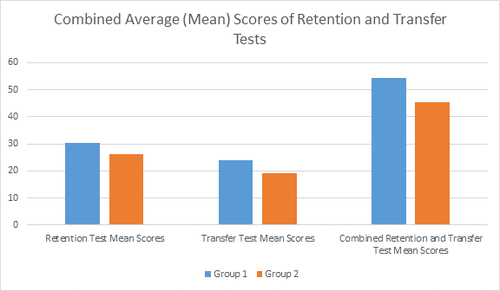 One of the main conclusions that we can draw from this is that static images and text provoke more active processing than narrated animations and that this effort – as little as it seems to be – has a significant impact on learning. However, this does NOT mean that animations are always ineffective, as there is research that shows that videos and animations can be more effective than static images when learners need to acquire physical or manual skills such as operating a cherry-picker or tying knots (for some more information on the use of static vs animated graphics look here).

Quality training is the most interesting, effective and fun when the learner is actually learning something, and that requires them to be challenged.