Authoring tools – are you up to date?

Putting your learners needs first means using a tool that allows you to offer the most effective elearning techniques on the platforms your learners are using, but where do you start?

If you’re overwhelmed by the choices on offer you’re not alone, your options when looking for some advice on which tool to choose are limited to reviews of the first release of major applications or more generalized guidelines on different types of tool.

When you’re busy building effective elearning it’s hard to keep up with the incremental changes that add up to create important new capabilities in various software, especially if you have your own favourite or a client requires you to work with a single programme.

We’re going to look at the very latest updates to the most popular packages and tease out some trends that point towards where authoring tool development is heading, so you can make an informed decision for your next project. 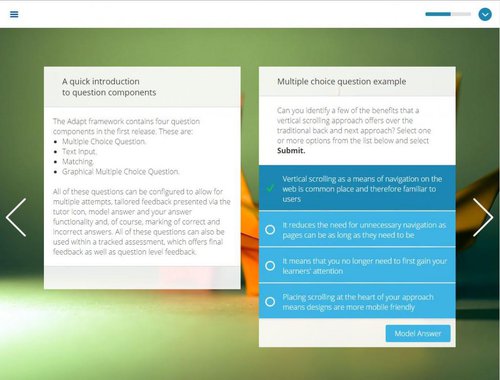 The open source, responsive framework for developing multi device elearning saw its first authoring tool released in April 2015, Adapt Authoring Tool 0.1.0 still requires some technical input to install but it supports many features that will help L&D developers create and update their courses.

Features of the first release include:

One advantage of an open source project like Adapt is the community of developers constantly working to update the tools core functions and create plug-ins to support more features in between the major updates.

Adapt differs to other options by being built from the ground up as a tool for creating responsive content, with the core functions allowing you to add many standard course elements and the plug-in friendly structure allowing many more possibilities when necessary.

The next milestone for the project will be version 2 of the underlying responsive framework, it’s scheduled for release in the week commencing 20th July and will include improvements to accessibility, native support of right to left languages and several updates allowing more question layouts. 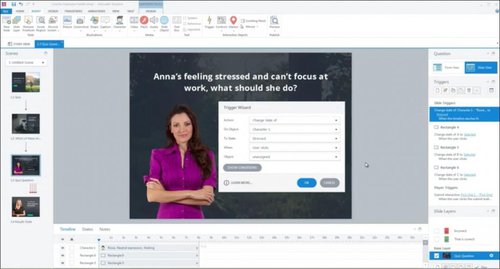 Storyline is one of the most popular authoring tools in the elearning developer’s arsenal, version 2 was released in September 2014 and May 2015 saw the fifth update which introduced several new features focused on accessibility.

One of the most common requests elearning developers hear is for editable content, so one thing to be aware of if your client uses Storyline 1 is that it can’t open and edit courses created or upgraded with Storyline 2.

Articulate have been improving the course upgrade workflow in each update, making it easier to move your Storyline 1 modules to the new platform, but anyone wanting to edit the upgraded files will need the latest software. 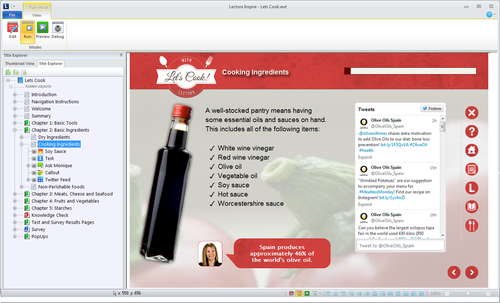 Lectora has been popular with developers who need to offer accessible content across a variety of platforms, and the latest updates have built on these features.

December 2014 saw the release of Lectora Publisher 12 and Trivantis have followed up with 12.1 in April 2015 with some extra features, including integrating feedback through ReviewLink 2.0. 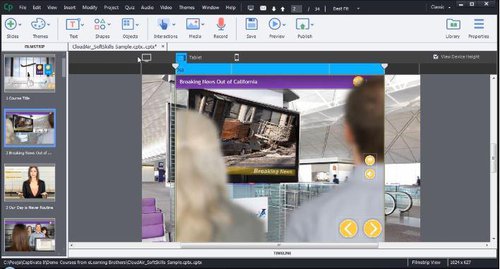 The last major revision of Adobe’s popular Captivate tool saw the introduction of responsive output, by allowing you to create three different views of your module you can deploy the same content to mobile, tablet and desktop.

Since Captivate 8’s release in May 2014 there have been several updates building on the new capabilities, most recently with the October 2014 release Adobe have added the ability to publish the module as an app from within Captivate.

What’s clear when looking at the various innovations and incremental improvements across the industry is that competition is helping drive progress in all areas.

Most elearning developers will have a good working knowledge of a range of these tools, and with the various strengths and unique qualities of each this will give them an even better chance of offering the best possible elearning for their audience.